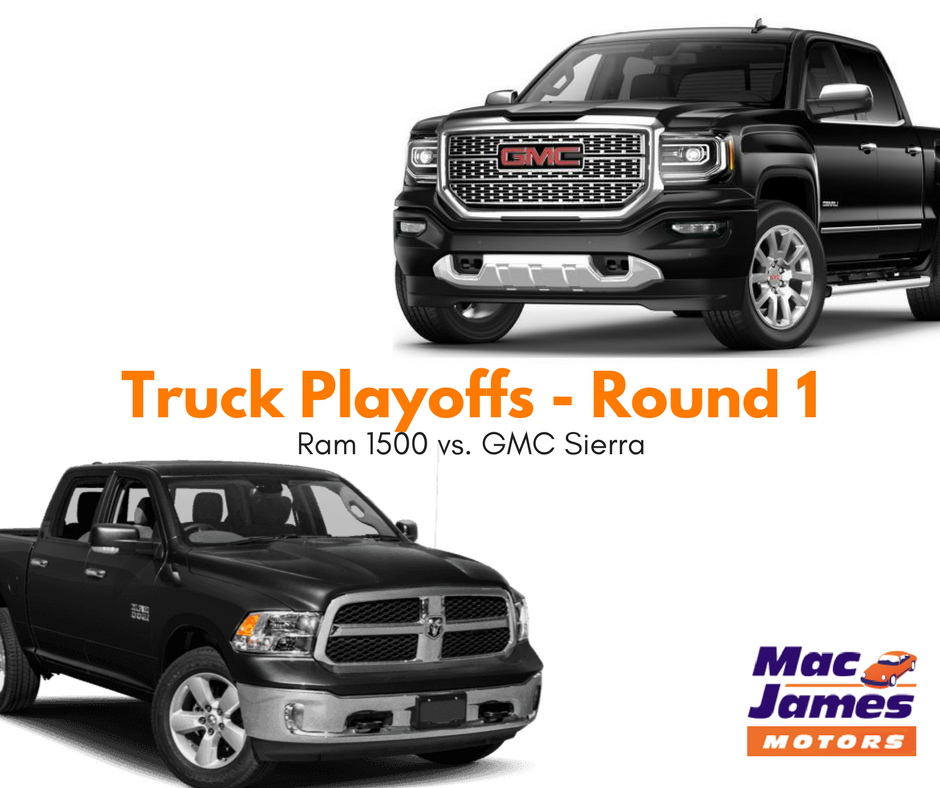 In our first match-up of the Truck Playoffs, the Ford F-150 deked out the Chevrolet Silverado. This week, we’ve pitted the next pair of half tonnes against one another as the second round of the NHL playoffs comes to a close. Who will be the Ottawa Senators to the New York Rangers, and make it to the next round?!

In our second matchup, we clashed the GMC Sierra against the Ram 1500. These are two of the best alternatives to the heavy hitters, both of which deliver impressive engine output, reliable performance, and remarkably sophisticated technology. Sierra, the often-regarded third seat in its bracket, is an upscale pickup with sculpted sheetmetal and premium trim. The Ram 1500, aiming towards providing a model for everyone, is vying for that seat with its incredible fuel economy and car-like cruising.

Do you think the Ram scaled over the Sierra’s peaks or does this GMC have Ram by the horns?

Stay tuned to see who rounds out the top 3 alongside the F150 and Sierra – will it be the Nissan Titan or Toyota Tundra?!