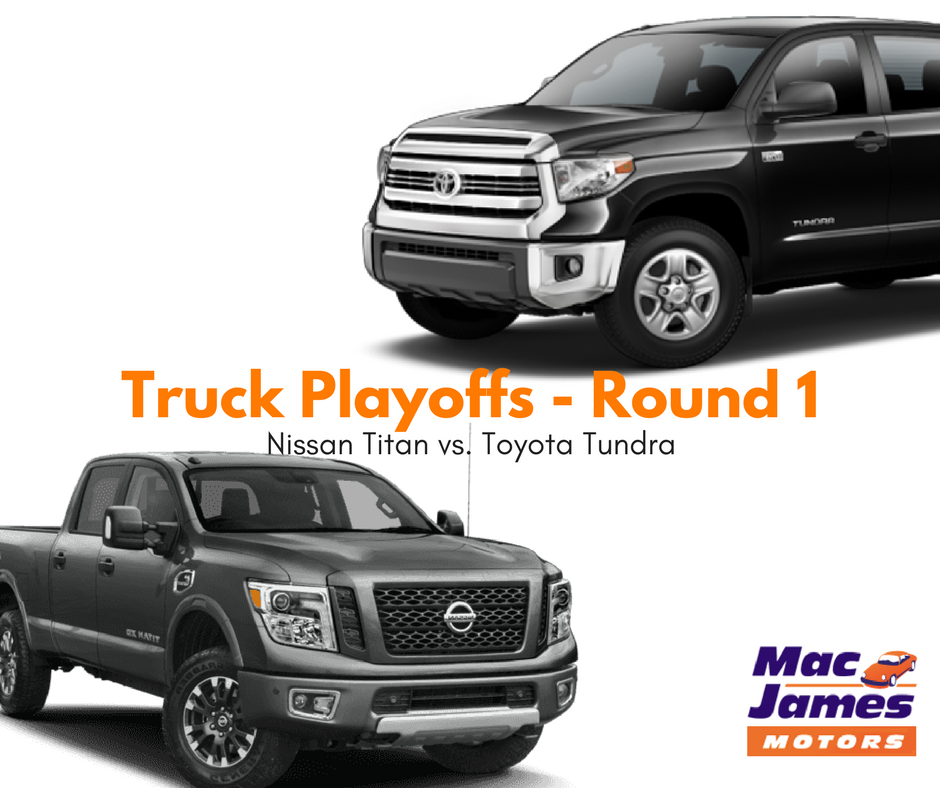 In our first two Truck Playoffs match-ups, the Ford F150 eked out the Chevrolet Silverado and the GMC Sierra crushed the Ram 1500. This week, it’s the final pair of our first round match-ups – the last round before we crown the ultimate King of Trucks. Who will meet the F150 and the Sierra in the ultimate showdown?

In our third and final round, we pitted the Nissan Titan against the Toyota Tundra. These brands have each struggled in the past when competing with their domestic rivals, but both are still trucking along to compete with the big boys. The Titan is the rookie, putting in some work to catch buyers’ attention, while the Tundra is a brawny hauler with authentic truck talent.

Do you think the Nissan navigated its way to conquer the Tundra or did Toyota prove it topples the Titan?

Stay tuned to see who is crowned the ULTIMATE King of Trucks.